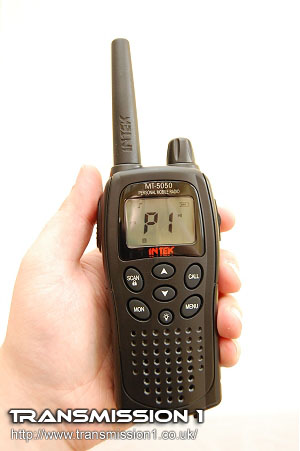 Graham (5thElement) tries out the new Intek MT-5050 PMR handheld. The MT-5050 is a professional looking radio aimed at the professional radio user but without the higher price tags associated with some brand names. Graham soon discovers that there is more to this handheld than meets the eye!

The Intek MT-5050 is an 8 channel PMR446 radio which also includes 69 LPD channels.
The radio can also be modified which will be covered in more detail later in this review.

The Intek MT-5050 appears to have every feature you could require in a radio of this type.

What’s in the box?

The radio is supplied with a generous 1500mAh battery pack (5 x 1.2v AA 1500mah rechargeable cells) and also includes the battery charger. You also receive a belt clip and the user manual.

The build quality of the radio is good, it feels sturdy and has a nice weight to it. The volume knob also acts as the on/off switch which has a nice positive click and smooth action. All the main buttons are positioned on the front of the radio and are clearly labelled. The short antenna is sturdy and certainly doesn’t feel like it will snap off given the slightest knock! 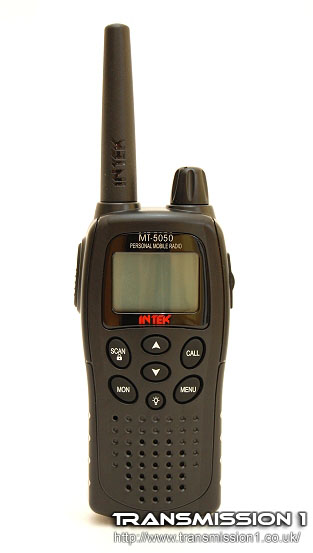 Turning the radio on for the first time I was greeted with the large channel readout on the display. The display is really easy to view and it shows all the current settings such as channel number, CTCSS, roger beep on/off etc.
In low light you can also press the light key which back lights the display with a green lamp.

The first setting I adjusted was the squelch level, it was initially set at level 3 but I found level 1 was acceptable. I then tested the “monitor” button on the front of the radio which opens the squelch fully and I was pleased to see that it doesn’t require you to hold it down like a lot of other radios, you just press it once and the squelch stays open, press it again and the squelch kicks in again.

Hitting the scan button started a scan and it didn’t take long before I was listening to various local repeaters on the 70cm amateur band on the LPD channels. They were all coming through as clear as they normally do on my various other radios so the sensitivity certainly seems adequate considering the small antenna and indoor location.

The audio quality from the built in speaker is also perfectly acceptable, I’ve found it to have a clean output with very little distortion even at higher levels of volume.

Testing the radio on transmit I was really happy with the quality of the transmitted audio as well, very clean output and the audio is of a decent level. On the PMR channels the transmit power can be set to 500mw or 10mw. Out of the box you can only select the 10mw setting for the LPD channels.

The two tone roger beep can be switched on or off via the menu system and you can tell when it’s switched on as there’s an icon on the display to let you know. There are also 3 call tones you can choose from. To send the call tone you simply press the “call” button on the front of the radio and it transmits the tone.
Overall the radio is a pleasure to operate, very straightforward to use and seems to perform great. 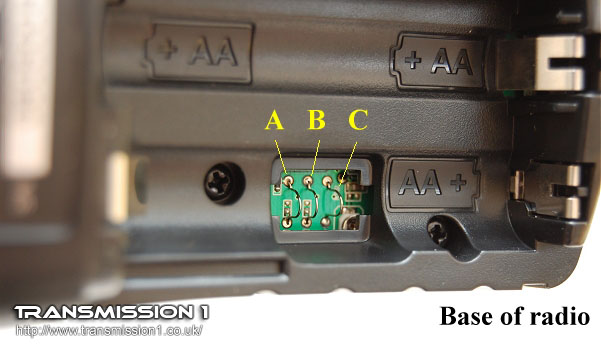 The following is for educational purposes only and if you undertake these modifications I take no responsibility if any damage occurs!  This radio is easily modified by cutting wire links hidden underneath a small piece of plastic inside the battery compartment.

The benefits of modifying the radio are that you can increase the RF output to 4 watts and also enable the voice scrambler. Additionally you can also expand the number of channels available.

The diagram on the right shows the radio sideways with the base/bottom of the radio to the right. 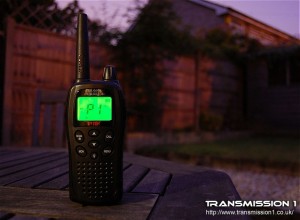 To enable the voice scrambler you hold down the light button on the front panel for a few seconds and you can then select between the 2 scrambling methods using the up/down keys.

When testing the scramblers effectiveness it certainly did a great job of scrambling the audio to the point it’s completely unreadable to a casual listener. To make use of this feature you would obviously need two of these radios to be able to decode the scrambled audio.

The additional channels gained are quite extensive, what you end up with is 99 LPD channels, 30 PMR446 channels and 20 PMR/LPD semi-duplex channels.

If you’re looking for a PMR446 radio that doesn’t feel and look like a childs toy this is definitely the one for you. It’s well constructed, has a large easy to read to display and is simple to operate. The received and transmitted audio are both great quality and it has most features anyone could ever need on this type of radio.

The radio is available from Rocket Radio priced at £59.95.